Facebook is testing a new feature called City Guides that provides users with information about the sights and sounds of major cities across the globe, as curated by the user’s friends themselves alongside some more generalised information. The feature was first spotted in a slightly different form late last year, and still remains in testing.

The social networking giant has confirmed the testing of the City Guides feature to The Next Web, noting, “We’re testing a redesigned surface on city Pages that showcases information about your city. This content already exists on Facebook, and during this test we’ll be centralising it in a way that is more personalised and relevant to you. So, this new feature can help people get a better sense of their city, or a city they’re visiting through their friends’ eyes.” 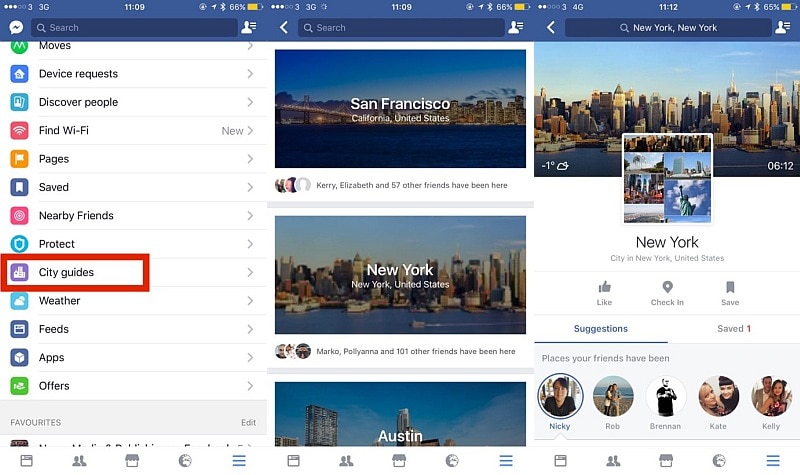 Photo Credit: The Next Web

Spotted in the side-tab or ‘More’ menu of the mobile app, City Guides shows users which of their friends have visited each city, and then uses check-in data to show you what they did there – such as the concert halls, restaurants, and other attractions they visited in the form of suggestions called Places Your Friends Have Been. As we mentioned, Facebook couples with more generalised information such as Upcoming Events, Popular Attractions, and the Places The Locals Go.

Also as mentioned before, the Facebook City Guides feature was spotted in a slightly different avatar back in December last year. 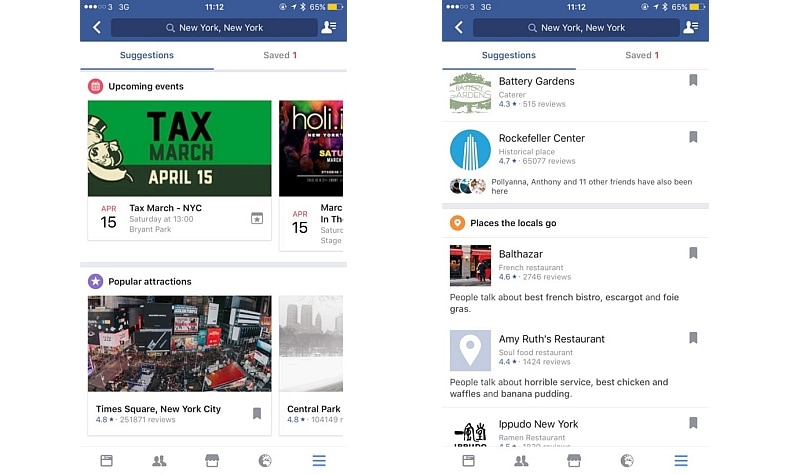 Photo Credit: The Next Web

Facebook has been testing numerous features in the recent past, and one of the more interesting ones that popped up on our radar not so long ago was the inclusion of Reactions in Facebook Messenger, notably accompanied by a Dislike button – a feature that has been in much demand for years.

Digital Transformation Cases That Would Restore Your Faith in Humanity

Blockchain Spending in US to Reach $41 Billion by 2025

The Use and Market size of Blockchain Technology in Healthcare

So what is it with UX, CX, EX and Service Design?

Editorial Team - July 16, 2019
0
Design
We felt almost fashionable when we first used one of these terms, and if you are in the design field, you’ve probably asked at...
We provide you with the latest breaking news and insights straight from your industry.
Contact us: nitesh@1point21gws.info

Google says its new chatbot Meena is the best in the...

How Ashok Leyland got to the nuts and bolts of quality

The Three Testing Books You Should Read in Early 2017